Visit some of the most exciting archaeological sites on this 12-day China Dinosaurs small group tour. This program is limited to just 15 travellers, to ensure the best possible archaeological experience. The tour is designed for those with an interest in studying the earth’s palaeontological record in unique environments across rural China.

Palaeontologist Stephen Brusatte, in a 2018 interview with National Geographic, says “right now” is the golden age of discovery in dinosaur research, with experts finding about “50 new species a year”. This is attributed to how countries that were once closed to the world have now opened up and developed their own groups of homegrown palaeontologists and researchers. China, Brusatte says, “is the hot spot”. Cosmos magazine reports that 50 new feathered species of dinosaur have been discovered across China's large landmass since 1996. More fossils,  dinosaur footprints, and dinosaur tracks continue to turn up. You can read more in our article on Dinosaurs and Dinosaur Fossils here (https://www.odysseytraveller.com/articles/dinosaurs-dinosaur-fossils/).

The China Dinosaurs tour is based around four noteworthy archaeological sites. These are: Shenyang, Chengdu, Zigong, and Kunming. Highlights include exploring the Zigong Dinosaur Museum, one of the richest dinosaur fossil burial sites in China and one of the top three dinosaur museums in the world.

We visit the Paleontological Museum of Liaoning and the Beijing Museum of Natural History. The tour also includes a guided tour through the Lufeng Dinosaur Valley in the Yunnan Province, where we'll see the Lufengosaurus, a plant-eating sauropod, and other sauropod dinosaurs.

Our escorted educational travel program for seniors includes several World Heritage site visits. These include the Peking Man Site at Zhoukoudian, the Jinsha Museum site, the Stone Forest near Kunming and the Panda Sanctuary.

Other Paleontology Tours with Odyssey Traveller

The China Dinosaurs program is part of a series of Dinosaur dig and archaeology programs offered by Odyssey Traveller. These programs are especially relevant for couples and single travellers interested in studying, learning about, and participating in the exciting world of archaeology.

Our current portfolio of Dinosaur programs includes not only the Chinese Dinosaur Dig program but programs in the Gobi Desert of Mongolia, and the Patagonia Desert of Argentina.

Overview: We make our way individually to the hotel, before meeting in the evening for orientation and dinner in a local restaurant.

Overview: This morning, we make our way to Chengjiang, an impressive pre-Cambrian fossil museum and the site of the Maotianshan Shales. These shales are an Early Cambrian deposit that are exquisitely preserved. They take their name from Maotianshan Hill in Chengian County.

The rocks at Stone Forest seem to emanate from the ground in the manner of stalagmites, with many looking like petrified trees, thereby creating the illusion of a forest made of stone. These formations, caused by the dissolution of limestone, are believed to be over 270 million years old and are a popular attraction.

Since 2007, this site has been listed as a UNESCO World Heritage Site.We will then visit the nearby Jiuxiang Karst cave. This is an active cave and we will walk past many interesting formations. We then board our coach back to Kunming.

Lunch will be included today.

In the morning, we enjoy a guided tour of Lufeng Dinosaur Quarry, the site of numerous Jurassic dinosaurs’ discoveries, the first of which was in 1938. The most well-known is Lufengosaurus, a Jurassic prosauropod. More recently, teeth and a skull of Ramapithecus, a Miocene period primate related to the orangutan, have been found in Lufeng. This museum houses the most ancient and primitive vertebrate fossils as well as the largest amount of specimens in the world. Lufeng also boasts the largest concentration of dinosaur fossils as well as the best conservation program in the world. You will be able to watch and even assist in the preparation of fossilised bones.

Afterwards, we make our way to Kunming airport for a late afternoon flight to Chengdu.

After breakfast, we will travel to the Panda Reserve where research and breeding programs for these iconic animals are supported by the State.

Then we will travel to the Sanxingdui Museum. The museum sits on an archaeological site now recognized as among the most important in the world. With our informative program leader, we explore the many Bronze Age relics that were unearthed in the 1980s, when more than 1,000 bronze, gold and jade artifacts were discovered.

These archeological discoveries changed people’s understanding of ancient history and culture, as there was little to no previous knowledge of China’s Bronze Age.

Overview: This morning we travel to the historic Dujiangyan Irrigation System, an irrigation infrastructure built in 256 BC during the Warring States Period of China by the Kingdom of Qin. Located on the Min River, it is still in use today and irrigates over 5,300 square kilometres of land in the region.

After lunch we travel to Zigong.

Today, we will enjoy a half day visit to the Zigong Dinosaur Museum, a large-scale local museum and one of the richest dinosaur fossil burial sites in China. Together with the American National Dinosaur Park and the Canadian Dinosaur Park, The Dinosaur Museum is known as one of top three dinosaur museums the world. It has also been named as one of “the forty best and most famous Chinese scenic tour sites” by the Chinese. After lunch, we return to Chengdu.

This evening’s dinner will be at your own arrangement at The Bookworm, Chengdu. Afterwards, we will enjoy an authentic Sichuan Cabaret which includes traditional folk art performances, including the fascinating “Face-Changing” show.

Overview: This morning, we will visit Jinsha Site Museum in Chengdu, a world-class museum which focuses on the ancient Shu culture. The site shares similarities in burial objects with the Sanxingdui site. Ivory, jade artifacts, bronze objects, gold objects, and carved stone objects were found at the site.

After lunch, we take a mid-afternoon flight to Shenyang.

Overview: Today we will enjoy a half day visit to Liaoning Museum of Paleontology. The 15,000-square metre museum, the largest so far in China, showcases over 10,000 collections of paleontological fossils and remains, in 16 exhibition areas. The museum houses extensive dinosaur specimens including the Anchiornis Huxleyi fossils which dates back to the late Jurassic period (Oxfordian age), 161.0–160.5 million years ago. Following the 1996 discovery of fuzzy Sinosauropteryx, feathered dinosaurs have been unearthed in Liaoning. This has rewritten what we thought we knew about dinosaurs. The magnificent “Liaoning Giant Dinosaur Hall” displays eight giant dinosaurs from Liaoning. Among them, the latest scientific achievement of the museum, the Liaoningotitan. At 15 metres long, it was recently shown to the public for the first time.

This afternoon we will visit to the former Imperial Palace, where the Manchu emperors stayed before moving to Beijing. The Shenyang Imperial Palace, one of the two best preserved imperial group-buildings in China, is located at Shenyang City, Liaoning Province. It enjoys equal popularity to the Forbidden City.

The Palace was built in 1625 when the Manchus declared Shenyang to be their capital. Famous for its strong characteristics of the Man nationality and its abundant cultural relics, the Shenyang Palace Museum now functions as a museum and exhibits a huge collection of ivory and jade art crafts, musical instruments, furniture, and Ming and Qing paintings

Overview: We travel this morning from Shenyang to Beijing, with an anticipated late morning arrival. We will make our way to Peking Man Site at Zhoukoudian. This is the site of the 1921 discovery of Peking Man (Sinanthropus pekinensis). The site is not only an exceptional reminder of the prehistorical human societies of the Asian continent, but also provides insights into the process of evolution.

Afterwards, we return to Beijing and check into our hotel.

After breakfast we will enjoy a guided tour of the Beijing Museum of Natural History. The museum has a large collection of dinosaur fossils and mounted skeletons. These include the cast skeletons of Gasosaurus, Mamenchiaurus, Psittacosaurus, Tsintaosaurus.

The afternoon is free to explore Beijing.

We meet again in the evening for a farewell dinner at a Beijing duck restaurant.

Overview: Our tour concludes after breakfast.

1
Explore Zigong Dinosaur Museum, one of the richest dinosaur fossil sites in China and one of the top 3 dinosaur museums in the world.
2
Encounter several World Heritage sites including the Peking Man Site at Zhoukoudian in Beijing and Dujiangyan Irrigation System.
3
See the Giant Panda Research Base and appreciate the famous Changing Face performance.
4
Visit the Dinosaur Valley in Lufeng with the largest concentration of dinosaur fossils and best conservation tour in the world.
5
Visit the Liaoning Museum of Paleontology, which houses extensive dinosaur specimens including the Anchiornis Huxleyi fossils. 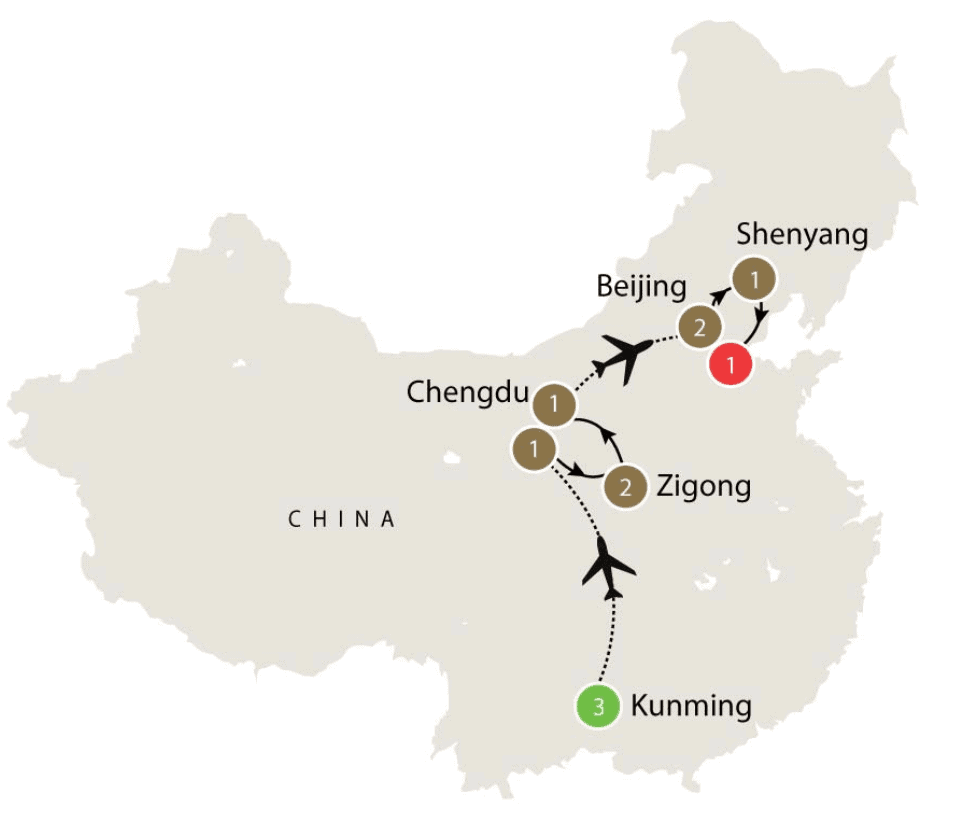 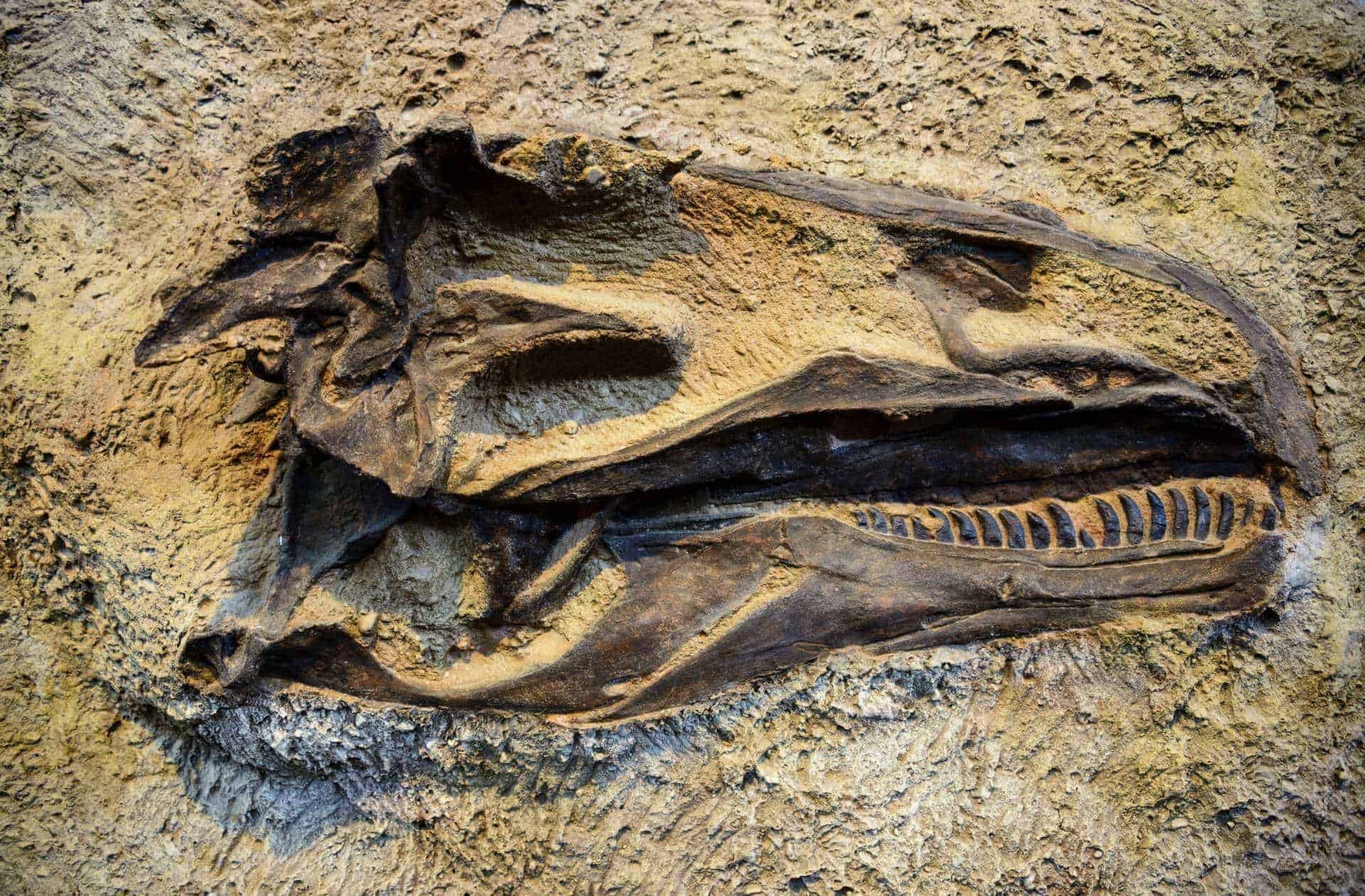 Dr. Bruce Cameron's academic qualifications include a B.Sc with majors in Botany and Zoology; an Honours degree in Botany and a PhD in Botany. His PhD studied the reproductive biology of Australia's native legumes. He also has a Dip.Ed. All degrees were from the University of New England, Armidale, NSW, where he a spent most of his life training teachers as a lecturer in Science and Environmental Education.

In the past 30 years he has led almost 40 tour groups on mostly coach/camping tours to Northern and Central Australia, mainly in National Parks, focussing on botany, geology and ecology. He has also led small groups through the national parks of the western United States of America. Bruce has also visited China on numerous occasions as a tour leader and as a supervisor of students teaching in Chinese schools.

Always a keen traveller, Bruce has been a regular visitor to the UK and parts of Europe including France.

Bruce lives just outside Armidale in NSW. He is a keen golfer, birdwatcher and bushwalker, and has maintained his interest in and enthusiasm for Australia's native flora and fauna. He maintains his fitness by walking, bicycle riding and working in his vegetable garden. 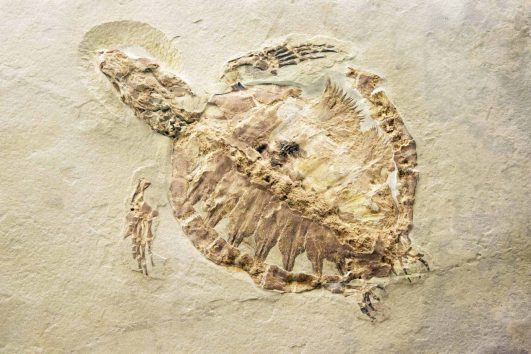 The first dinosaur nest of eggs was discovered in Mongolia during 1928.Following an introduction to Mongolian history, culture and desert landscapes, participants will Experience eight days on a paleontological dig.

16 days
Asia and the Orient
Departing May, Sep, Aug 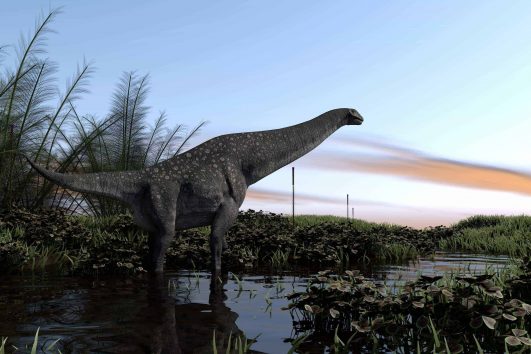 Titanosaurs the largest Dinosaurs to walk the planet. Their skeletons have recently been discovered in Argentina. This program spends 20 days travelling to visit and experience the dig sites where much of Argentina’s paleontological history has been found, Patagonia. With local paleontologists and guides providing an insight into this remote part of the country you get a unique opportunity to learn first hand about the research on the Argentinian Dinosaur collection.