We are pleased  to offer travellers the opportunity to witness a space launch at the Baikonur Cosmodrome. Odyssey's first space program was the last launch of the Space Shuttle in 2011 at the Cape! Now join Odyssey Traveller in a once-in-a-lifetime opportunity to witness spacecrafts launch into space at the Baikonur Cosmodrome, the world’s oldest and largest space launch facility located in Kazakhstan, south of Russia. This small group tour will take you on a trip to the Russian spaceport where the world’s first artificial satellite, Sputnik 1, and the first human in orbit, Yuri Gagarin (aboard Vostok 1), were launched into space.

About the Baikonur Cosmodrome Tour

The Baikonur Cosmodrome has been the launch site since the beginning of space exploration in 1957 for Soviet and Russian cosmonauts, who after the Cold War were joined by American and European astronauts. Following NASA's retirement of the Space Shuttle program in 2011 (which figured in Odyssey's first space launch tour), the Baikonur Cosmodrome remains the only operational launch complex left for flights used to re-man and re-supply the International Space Station.

The cosmodrome, originally built as a secret missile testing site for the Soviet space program, is definitely no longer a secretive place but can only be visited by special guided tour. We offer you this unique and exciting chance to witness manned and unmanned space missions travel  from the desert steepe of Kazakhstan to the space station orbiting us.

Odyssey Traveller specialises in crafting unforgettable experiences for mature and senior travellers, providing adventure and educational programs to small groups since 1983. Some of these trips may once be considered elusive dreams, but now made accessible with the help of our Program Leaders and local guides. Our tours include, among many others, immersive trips to see dinosaur fossil sites in China and Argentina, travelling from Helsinki to Irkutsk on the Trans-Siberian Railway, walking the Camino de Santiago to Santiago de Compostela, and watching the once-in-a-decade Oberammergau Passion Play in Germany.

Now we are including the Baikonur Cosmodrome on this list. In addition to watching the space launch, we will also tour the cosmodrome facilities including its small museum to learn more about the history of the space program, and spend time in Kazakhstan's largest city, Almaty, an ancient city on the Silk Road.

Documents (passport copies and basic details) should be received ahead of time by Odyssey in order to be included in the tour. Please contact Odyssey Traveller for more details.

Tour price is indicative and may be subject to change.

This page will be updated with the dates of future launches when these become available.

Odyssey Traveller also published an article on Kazakhstan, which may be of interest, as well as a tour exploring the central Asian country. Click through to learn more.

Overview: We will arrive individually at Almaty and make our own way to our hotel.

Almaty is Kazakhstan’s largest city, and served as capital of the former Kazakh Soviet Socialist Republic (1929–91) and of independent Kazakhstan (1991–97) before the capital was moved to Nur-Sultan (previously called Astana).

In the evening, we will meet for a welcome dinner and orientation.

Overview: After breakfast, we will meet with our local guide at the hotel lobby for a full day of sightseeing, during which we will learn about Kazakh history and how it is entwined with the history of the Russian Empire and the Soviet Union.

We will visit the Green Bazaar where we could taste local cuisine and visit monuments such as the Park of 28 Panfilov Guardsmen, named after General Ivan Panfilov who led 28 soldiers who stopped the offensive of Nazi German tanks in Moscow during World War II. We will view the Ascension Cathedral, built by architect Andrei Zenkov, famous as a founder of earthquake-proof constructio, and the Kazakh Museum of Folk Musical Instruments showcasing traditional musical instruments from Kazakhstan and other countries.

We will have lunch with a Kazakh family in order to sample authentic Kazakh cuisine and learn Kazakh traditions. In the afternoon, we continue our sightseeing and visit the Central Mosque constructed in the Timurid style of architecture. We will watch a folk show at Gakku Restaurant, and continue on to Republic Square, the heart of Almaty, where the main festivities, events and demonstrations are held, and the Central State Museum of Kazakhstan, established in 1931, one of the oldest and largest museums of Central Asia.

We will head to the Sunkar Falconry Centre for Golden Eagle Show to see several species of eagles and other birds of prey and learn more about this bird sanctuary.

We will continue the tour with a visit to Kok-Tobe Hill (“Green Hill”), the highest point in the city, located at a height of 1100 meters above sea level. Here we will have dinner and enjoy an amazing view of Almaty city at sunset.

Overview: Today we will transfer to the airport for our flight from Almaty to Baikonur. The Baikonur Cosmodrome lies 30 km from Baikonur in the southern part of Kazakhstan, on a land leased to Russia for a yearly rent. We will be assisted through the arrival procedures before transferring to our hotel. We will have dinner and rest for the night to get ready for the excitement of the next few days.

Overview: Today we will have a full day of touring the Baikonur Cosmodrome facilities. After breakfast we will view the roll-out of the Soyuz Rocket from the hangar. We will follow and watch the rocket as it is transferred and installed onto the launch pad.

We continue on a tour of the Baikonur Cosmodrome Museum to see impressive exhibitions of rocket engines, the first computers on Baikonur, and various space hardware, and the historical apartments (preserved as they looked in the 1960s) of Yuri Gagarin and Sergei Korolev, who was lead rocket engineer and designer of the Soviet Union during Russia’s Space Race against the US.

We will also view the launch site called Gagarin’s Start, originally simply called “Site No. 1” and renamed in honour of the first man launched into orbit. We will see the “launch pit” which collects space debris from the launches, and view the monument to the beginning of the Space Age.

After lunch, we will go on an afternoon visit to the Buran hangar where the rockets are assembled, and view the launch pad of the historical Energia and Proton rockets.

Overview: After breakfast, our morning tour includes the ISS Crew Press Conference at the Cosmonaut Hotel. We will then walk down the Avenue of the Cosmonauts, where each cosmonaut crew member plants a tree before their departure. Each tree has a plaque with the crew member’s name and the year, and we can look at Yuri Gagarin’s tree, which should be the tallest tree in the grove.

Overview: This is the day we’ve all been waiting for. Today we will have the chance to experience the full cycle of a space launch. We will see off the crew from the hotel and listen to the crew as they give their ready-to-go official report. We will then have access to the viewing place for the launch of the spacecraft and celebrate its launch into space.

After this exciting moment, we will transfer to the hotel to prepare for our flight back to Almaty.

Overview: Today we have the day to spend at our leisure in Almaty. (Kindly note that if the launch is delayed, the free day may be spent in Baikonur town.)

Overview: The end of breakfast also marks the end of the tour and our services.

1
Witness the process before, during, and after the launch of a spacecraft at the Baikonur Cosmodrome.
2
Explore Baikonur Cosmodrome facilities, including the Gagarin’s Start launch pad, where Yuri Gagarin launched into space aboard Vostok 1.
3
View an impressive collection of space hardware at the Baikonur Cosmodrome Museum.
4
Walk down the Avenue of the Cosmonauts, where each cosmonaut crew member plants a tree before their departure.
5
Enjoy an amazing view of Almaty, Kazakhstan’s largest city, during dinner on Kok-Tobe Hill (“Green Hill”), located at a height of 1100 meters above sea level. 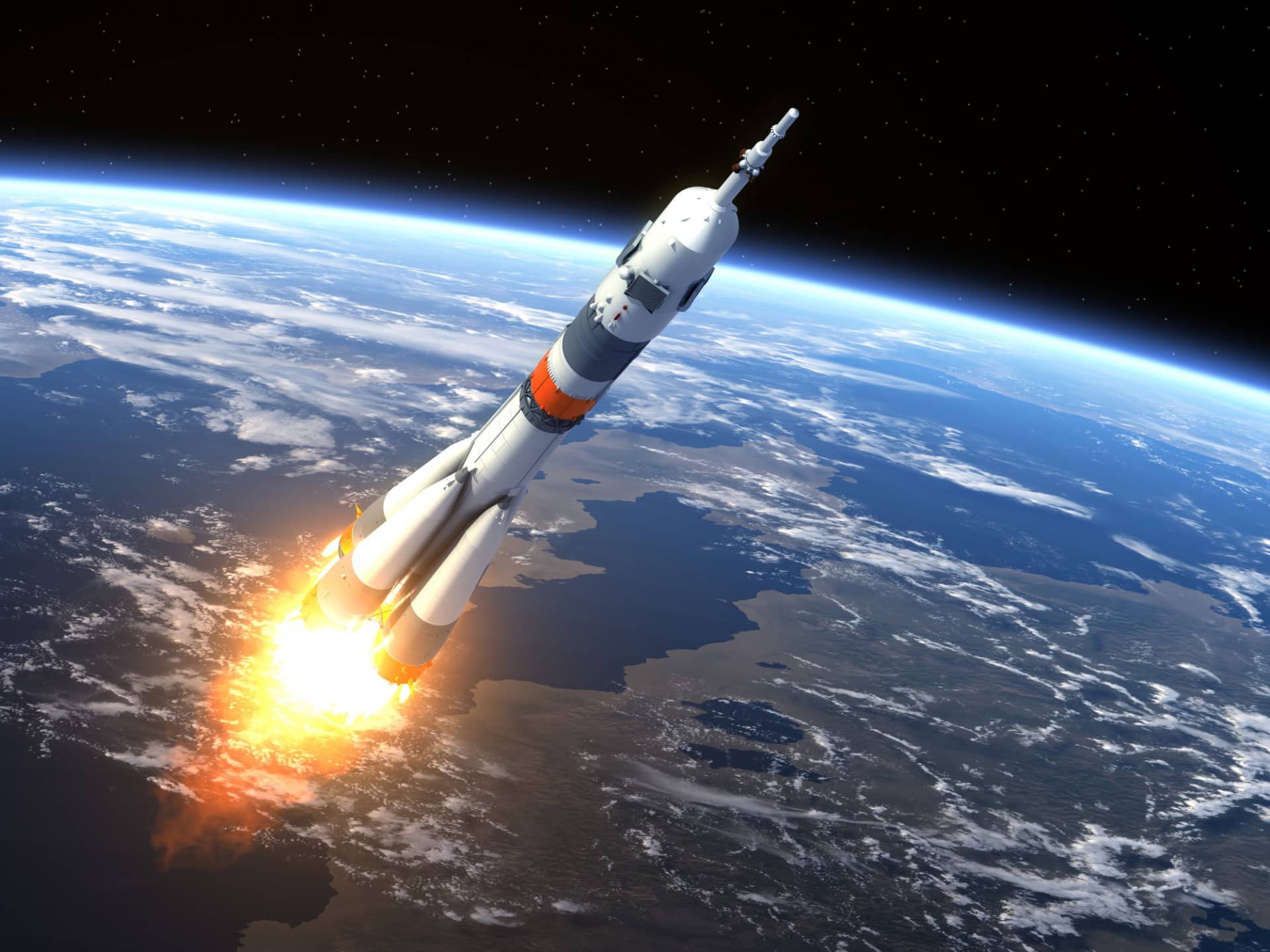