Explore the city of Amsterdam on a small group tour with Odyssey Traveller.

Amsterdam is the capital of the Netherlands, an exciting city of gabled houses with an elaborate and distinctive canal landscape. The city had its roots in a humble 13th century fishing village that settled on the banks of the River Amstel. The river met the IJ Bay, which tended to overflow and flood settlements, until the fishermen built dikes and later a dam--hence the name "Aemstelredamme" (Amsterdam) or "dam in the river Amstel"--to contain the waters. The first appearance of the name Aemstelredamme in a historic record was in Count Floris V's 1275 document granting bridge toll exemption to "people living near the Amstel dam". This toll privilege in the County of Holland gave freedom to Amsterdam merchants to go wherever they wished, allowing the city of Amsterdam to flourish as the city's traders shipped merchandise to and from Scandinavia and sailed to the Baltic and the Mediterranean. Amsterdam experienced unprecedented growth in the 17th century, attracting immigrants who found refuge in the city. The large foreign population contributed to the city's affluence but also contributed to its congestion. In 1613, Amsterdam began to undertake construction in order to expand its boundaries, adding the now-famous--and UNESCO World Heritage-listed--ring of canals around the historic city centre. Today, Amsterdam retains this multicultural character, with residents from 180 different countries living in an open, tolerant society.

The tour stays in a centrally located hotel in Amsterdam. Each day we set out to explore various parts of the city, typically using public transport, taxis and the rail network to reach the destinations selected, taking in 2-3 key features or attractions of the city. We will be aided by knowledgeable, local guides who will share the history of the city as we explore.

Articles by Odyssey Traveller about Amsterdam and the Netherlands.

The following links are to articles written by Odyssey that may be of interest to you;

This tour to Amsterdam is based in the heart of the city and gives travellers easy access to popular tourist attractions and public transport. Similar to other Odyssey Traveller tours, this tour is designed for the senior traveller and is fully escorted, with the group accompanied by an Odyssey Program Leader and local guides, adding expert knowledge about the history and culture of the area. The small group setting also ensures flexibility and focused attention to programme participants.

This tour to Amsterdam can be used as an extension of other Odyssey Traveller tours to the Netherlands. This is a link to the country page

Why is the Netherlands also referred to as Holland?
Amsterdam is the capital city of the Netherlands, a country that is often confusingly called ‘Holland.’
“Holland”, comes from Houtland, “Wooded Land”, the name of the historic province that was once a 12th-century fief of the Holy Roman Empire. The Netherlands’ major cities–Amsterdam, The Hague, and Rotterdam–are located in the Hollands: Amsterdam in Noord-Holland (North Holland) and the latter two cities in Zuid-Holland (South Holland). This may be the reason many people still refer to the Netherlands as Holland, even though the name strictly only refers to a region within the country.
Do I need a visa to visit Amsterdam?

This will depend on your nationality, destination and length of stay. You can click here to check if you need a visa to visit the Netherlands, but it is still better to check directly with your embassy or consulate.

The short-stay visa is the Schengen visa, which allows you to stay in the Schengen area for a maximum of 90 days within a 180-day period. Click here to see other visas issued by the Netherlands.

The EU has recently announced a system for its border entry process to the Schengen Zone.  The system is called European Travel Information and Authorisation System (ETIAS). Currently, citizens of 61 nations, including Australia, New Zealand, and Canada, are permitted to enter the EU without a visa for up to 90 days of business or travel. The proposed changes will require that these citizens apply for entry authorisation before arrival to the Schengen zone. Click here to read more about ETIAS.

What language is spoken in Amsterdam?

Dutch (officially: Netherlandic) is the national language of the Netherlands. Dutch is a West Germanic language most closely related to high and low German. However, English is widely spoken in Amsterdam, and you will rarely need to use any Dutch whilst travelling through the city.

1
With Knowledgable guides explore Amsterdam’s history
2
Take a day trip to Antwerp for it’s World heritage sites and historic diamond district
3
Visit the Hague from Amsterdam to see the 16th-century Noordeinde Palace
4
Enjoy a early start to explore Amsterdams museums and galleries in the Museumplein
5
Appreciate how the Dutch drained and protected this area from flooding by the North sea. 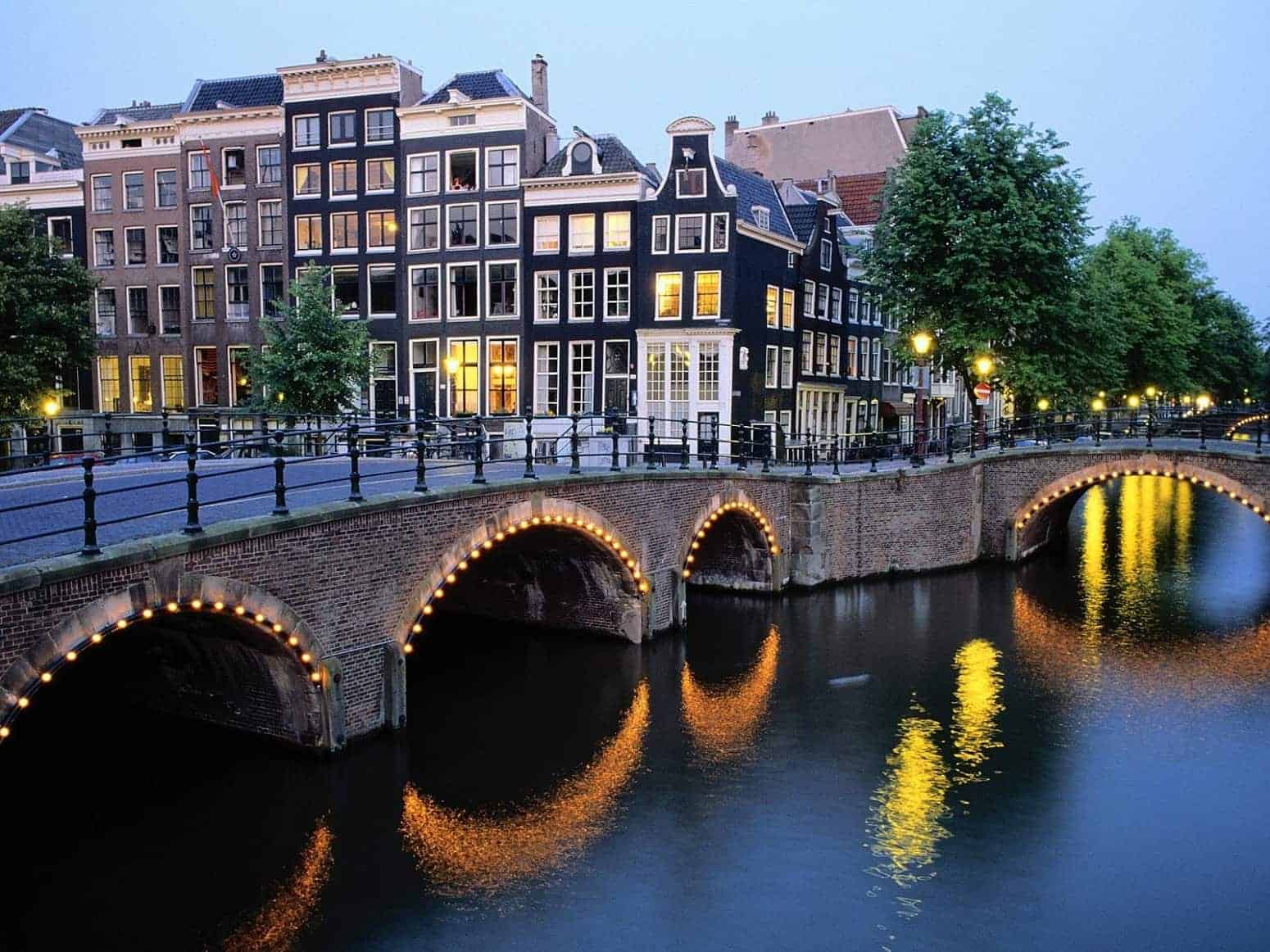 This small group program explores the magnificent landscapes of Carpathian mountain, and takes in the vibrant culture and rich heritage of Romanian village life.