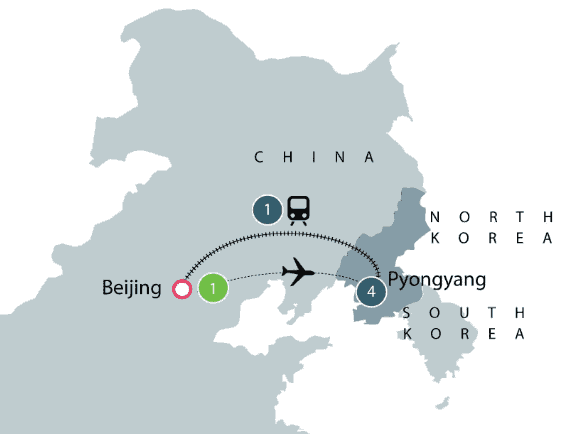 Long regarded as one of the most secretive countries in the world, North Korea can now be unveiled with Odyssey Traveller's small group tour for seniors, where we visit numerous Museums and historically significant site, as well as experiencing the excitement of the October 10 Party Foundation Day celebrations. We sample local food and drink, experience traditional customs, and get a feel for the city of Pyongyang.

We fly together from Beijing to Pyongyang where we'll spend 4 nights. After arrival we immediately start exploring the country, visiting the Arch of Triumph, Mansudae Grand Monument and the Chollima Statue.

Next day we visit the Kumsusan Memorial Palace of the Sun, where Kim Il Sung and Kim Jong Il’s bodies lie in state. We spend the rest of the day with having a picnic at Ryonggak mountain park, then touring the capital, exploring the War Museum, Kwangbok Supermarket and viewing the daily lives of the people of North Korea.

We also get the chance to experience the life around the Demilitarised Zone (DMZ), the border between North and South Korea. Another particular highlight of the trip is a ride on the Pyongyang Metro, the deepest subway system in the world. Constructed during the 1970s, it displays a similarly grand style to its predecessor in Moscow, with some of the stops featuring elaborate murals and mosaics, as well as ornate pillars and chandeliers. This visit includes a ride with the locals.

We chosen two articles for you to explore: a Telegraph article about taking the train through North Korea and a picture gallery.

Overview: A day of rest and at your own leisure until 5pm, when we meet our Tour leader in the hotel lobby for welcome drinks, dinner, and a pre-tour briefing.

Overview: Today, we assemble at Koryo Air flight counter in Beijing International Airport terminal 2 for quick briefing session before taking Air Koryo flight JS152 to Pyongyang at 13:00
13:00 – (Beijing time) – Estimated flight take off time.
15:00 – (Pyongyang time, 30 mins later than Beijing time) – Estimated time of arrival in Pyongyang.
After clearing customs – Meet our Korean guides at Sunan International Airport.
Half hour drive to Pyongyang. On the way to the centre of town we stop at the Arch of Triumph, built to mark the 1945 liberation from Japan.
We will then visit the Mansudae Grand Monument, which consists of two large statues of Kim Il Sung and Kim Jong Il flanked by sculptures depicting the Korean people’s experiences during Japanese colonialism and the Korean War. We walk over to the Chollima Statue, a bronze statue built in 1961 of workers riding a pegasus-like creature from Korean folklore. The statue commemorates the Chollima Movement, the DPRK’s post-war (post-Korean war) mass mobilisation and reconstruction movement launched in 1956. We will also examine some of the propaganda murals along the way.

Tonight, we enjoy dinner in the hotel. Guests can also make use of the hotel’s entertainment facilities which include a bar, pool and billiards hall, karaoke room, and bowling alley, or retire early for the night.

Overview: AM – After breakfast in the hotel, we will visit the Kumsusan Memorial Palace of the Sun, where the bodies of Kim Il Sung and Kim Jong Il lie in state. We will view exhibits dedicated to their lives and take a group photo in front of the building. Be sure to pack a set of formal attire for this visit. Revolutionary Martyrs’ Cemetery, a hillside graveyard of anti-Japanese heroes, each one marked with a personalised bronze bust. After this we’ll take a 30 min drive to the lovely Ryonggak mountain park area just outside the city for a picnic lunch and a great view over Pyongyang if we ascend to the summit.

PM – After lunch, at at Ryongak Mountain picnic are,a we head back into the city and go to the Victorious Fatherland Liberation War Museum. Here, we will see a depiction of the history of the Korean War from the North’s point of view as well as a grand panorama of the Battle of Daejon and captured and downed American vehicles, tanks, artillery and planes. We will also visit the USS Pueblo, which was accused of being a spy ship, captured and kept as a trophy in 1968. We’ll next see some locals shopping at the Kwangbok Supermarket. The main middle-class shopping centre in Pyongyang and the only place foreigners can use local money. We’ll take an evening trip to a local funfair to see how people entertain themselves in the evening. Use the rides with the locals or just people-watch!
Tonight, we enjoy dinner at Paradise Restaurant on Chollima Street.

Overview: AM – After breakfast in the hotel, we make a two and a half hour drive from Pyongyang to Kaesong, near the border with South Korea.
We will next drive to the Demilitarised Zone (DMZ), border between the North and South.
Here we will visit the armistice talk hall, the armistice signing hall and Panmunjom Peace Village from the northern side where we will be able to get right up to the border with South Korea.
After driving back to Kaesong, we will visit the Koryo History Museum. This museum is dedicated to Kaesong’s past as capital of Korea. Exhibits are housed in Kaesong’s former Confucian Academy (Songgyungwan).
Next, a quick visit to the postcard and stamp shop across the road
A traditional Korean style lunch will then be had at Ryongtong restaurant in Kaesong.
PM – After lunch, first we visit the historical Sonjuk Bridge; site of a political assassination that led to the rise of Korea’s final dynasty, a UNESCO world heritage site head to the top of Jannam Hill, in the centre of Kaesong, where a view over the only old-town in the DPRK can be had. See the Ri Dynasty buildings and mingle with any locals who might be hanging out here (it is popular with artists and older people relaxing). We next set off back to Pyongyang, a two and a half hour drive.
Dinner tonight will be at the Chongchon Restaurant in East Pyongyang.

Overview: Today is the anniversary of the Oct 10th 1945 founding of the Workers’ Party of Korea – the Party that has ruled the DPRK ever since its inception. This is one of the major holidays for the North Korean people and we’ll be there to join in with what’s going on, soak up some holiday atmosphere, and see what kind of party the Party throws!

AM – After breakfast in the hotel, we will visit Kim Il Sung Square, the geographical and political heart of the city and home to North Korea’s famous military parades. From here we will have a walk through the streets to the Foreign Languages Bookshop, the best place to buy books by and about the DPRK’s leaders as well as some picture books, postcards, DVDs, etc. After this we will visit the Juche Tower. We will observe the exterior of the tower from the base before stepping inside to have a look at the interior and then taking the elevator to the top for a spectacular view of Pyongyang (this costs approximately $5 out of pocket to be paid in Chinese yuan, euros or US dollars).

We will then visit the Pyongyang Metro, deepest in the world. First built during the 1970s, it displays a similar grand style to its predecessor in Moscow, some of the stops featuring elaborate murals and mosaics as well as ornate pillars and chandeliers. This visit will include a ride with the locals for several stops in one of the train carriages.

PM – We’ll stop at the golden lane bowling centre which is a very popular place with families and youth on national holidays. Play a game, use the bar, or just watch the people enjoying themselves. We then join university students in one of Pyongyang’s public squares for a round of communal dancing in celebration of The Party Foundation Day. The option to select a local dancing partner will be available for all those brave enough to attempt to pick up the dance moves on the fly. Such ‘mass dance’ events are the local analogue of the disco, where youths are able to find a potential romantic partner.

During the evening we will visit a local Bar, which is open to foreign tourists. This bar serves some of the local brews, and on a public holiday should be packed with locals lending it a truly buzzing atmosphere. In the evening fireworks are expected so we will head back to Kim Il Sung Square to join the masses in watching the display, a great finish to the tour!

Overview: AM – Breakfast, check-out and then a drive to Pyongyang Train Station for our train back to Beijing

We will be met by a guide and transfer to either hotels or airport for onwards flights. Program concludes.

1
Join in on the public holiday commemorating Party Foundation Day on the 10th of October.
2
See Kumsusan Memorial Palace of the Sun, where Kim Il Sung and Kim Jong Il’s bodies lie in state.
3
Stand at the northern side of the Demilitarised Zone (DMZ) in Panmunjom, just meters away from South Korea.
4
Visit the Victorious Fatherland Liberation Museum, to see the history of the Korean War from the North’s perspective.
5
Pyongyang Metro, deepest in the world, beautifully ornate like the one in Moscow. Take a ride with the locals in one of the carriages. 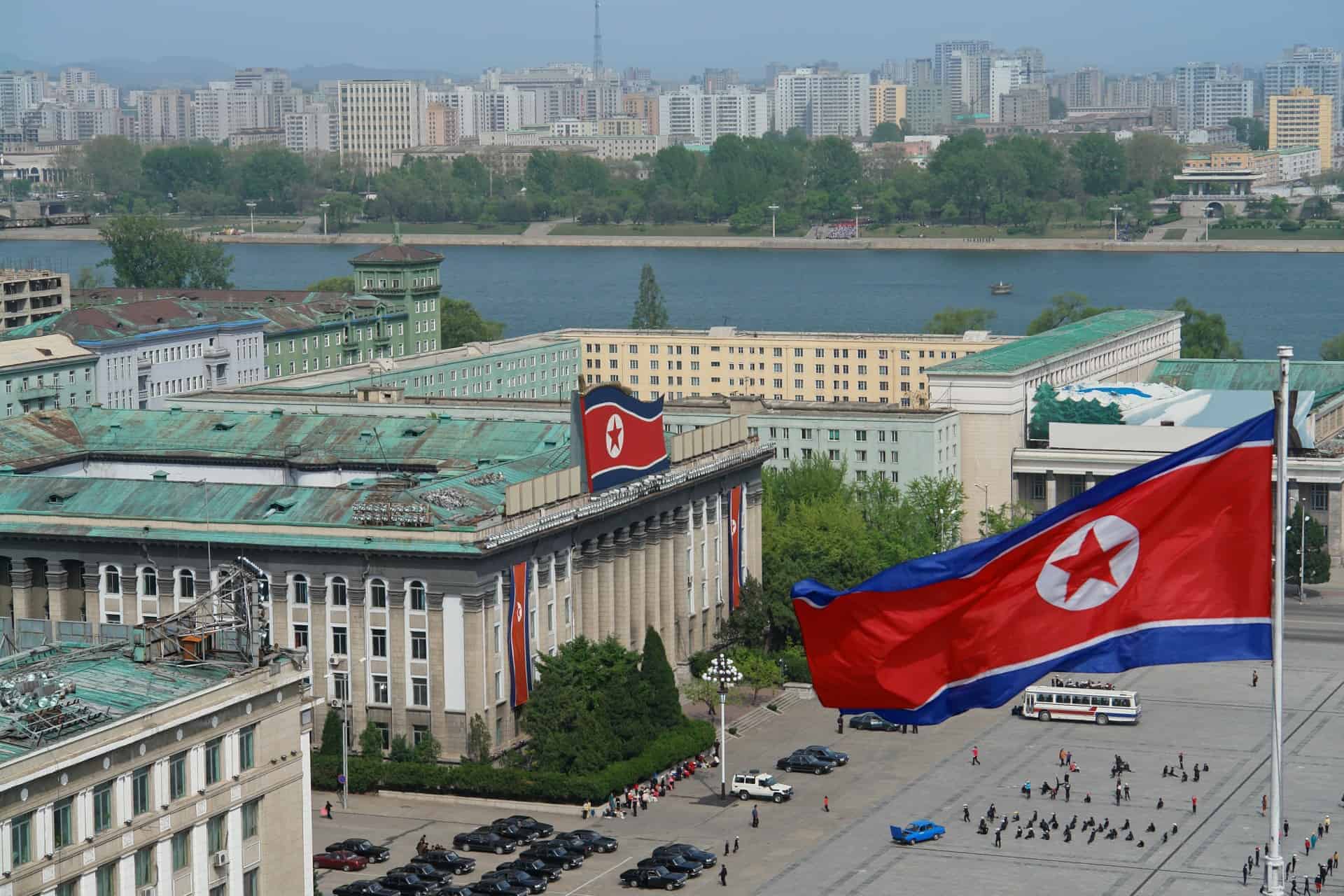 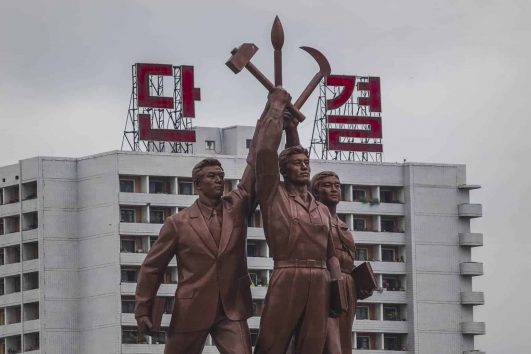 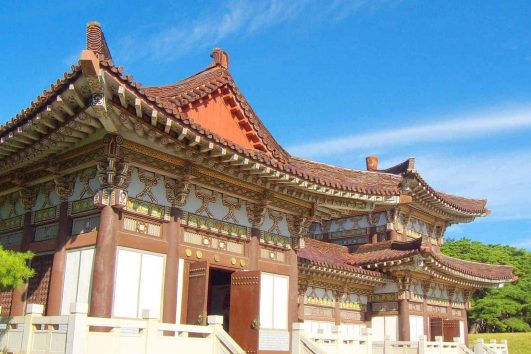 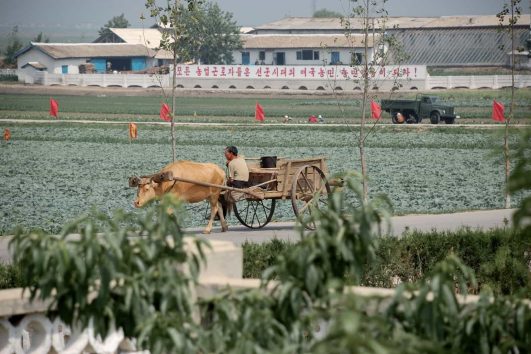 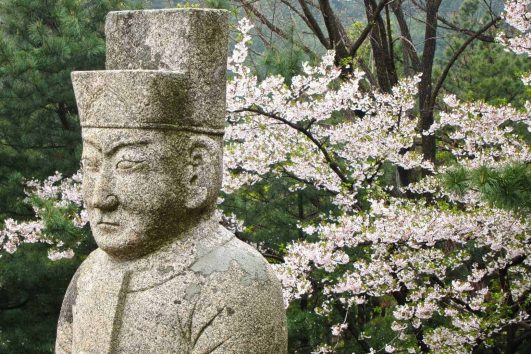 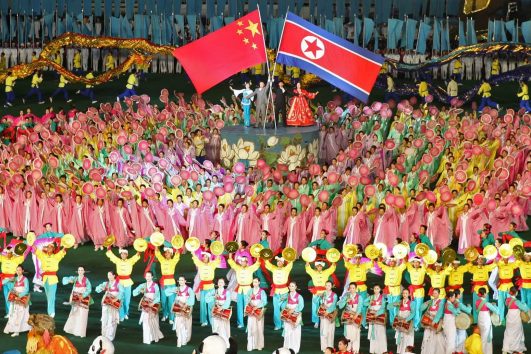 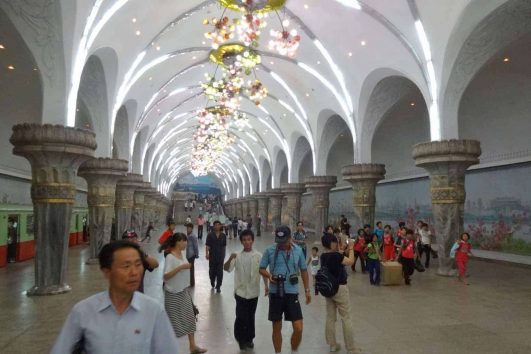 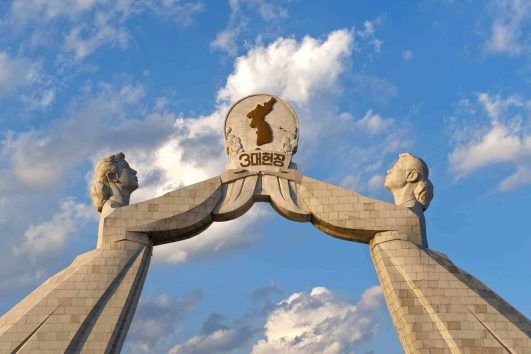 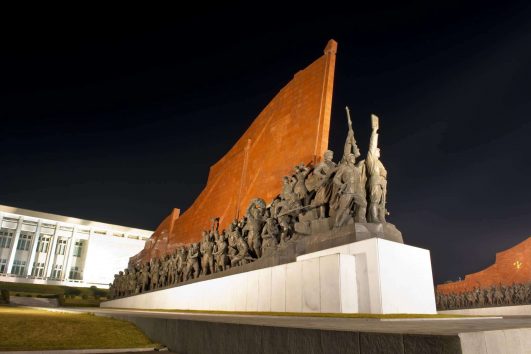 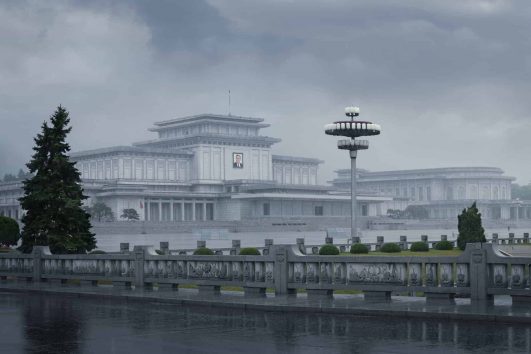 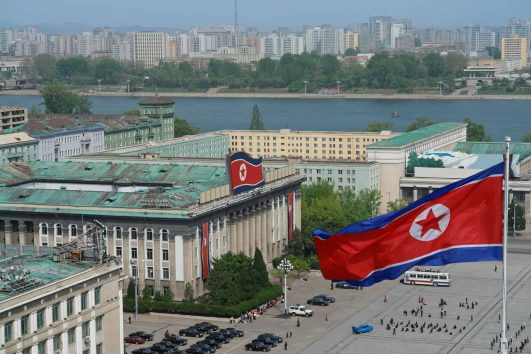 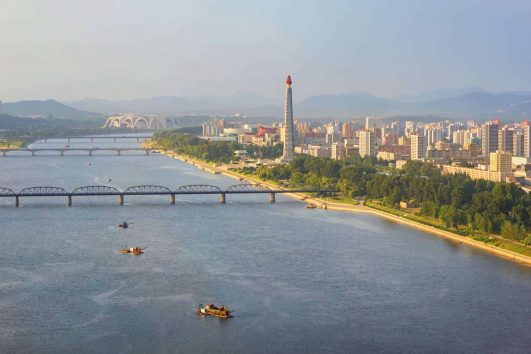